Today is probably a very different Memorial Day than many of you are acquainted with, but maybe that’s a good thing.

Maybe we can actually savor and do what we’re supposed to do on Memorial Day more so on this quarantine Memorial Day because many of us don’t have barbecues to go to and we don’t have to rush to a gathering.

This means that we can really pause and remember, because that is what today is all about.

Don’t want to read?  Watch the video below!

So if you don’t know, Memorial Day as a federal holiday has only been around since 1971.

There were various local memorial day celebrations going on since after the Civil War — there has been a “Memorial Day” in various places since at least 1868 and there was Decoration Day which was kind of the predecessor of Memorial Day — but it wasn’t until the Uniform Monday Holiday Act, signed into law by President Lyndon Johnson in 1968 and taking effect in calendar year 1971, that Memorial Day actually became a federal holiday.

Veterans Day — November 11 — is to honor all military veterans, living or deceased, whether killed in action or whether they lived to be 110.

So here are seven things you can do today to make the most of this Memorial Day.

First, obviously, if you have a friend or loved one who died while serving in the armed forces, take some time today to cherish their memory and if possible to tell someone their story.

Obviously many of you can’t tell people in-person right now, but you can still communicate their story on social media or even right here below in the comments section — just however you want to do it in a way that you feel would honor them and their memory.

Second, if Memorial Day doesn’t personally bring anyone to mind for you, I encourage you to read the stories of others’ friends and loved ones who made the ultimate sacrifice.

That can be here in these comments or on social media or virtually visit graves of fallen soldiers and just take a few minutes to read their stories — even if you have no idea who they are — to remember them and to thank them and their families.

You can go to arlingtoncemetery.mil and just read stories, there are other military cemeteries that do a great job as well.

thefallen.militarytimes.com, for example, has pictures and stories of those who fought and died in the Global War on Terrorism over the past 20 years.  You can click on their faces and read about them.  And remember this coronavirus and stimulus and all this has really taken over many of our lives and our thoughts, but just remember, that here are some young men and women who are no longer with us and are no longer with their families.

3. Observe the National Moment of Remembrance

Third, if you do anything today, observe the National Moment of Remembrance at 3:00 PM today.

In 2000, a law was put in place enacting the National Moment of Remembrance, which asks Americans to wherever they are at 3:00 PM local time on Memorial Day, to pause for a duration of one minute to remember those who have died.

I would love for you to spend more time today pondering that, but if anything, take a minute today at 3:00 PM wherever you are and remember.

Go ahead, set an alarm or something, and do that.

Fourth, if you do fly the flag today, please remember to fly it correctly.  Not everybody knows this, but on Memorial Day, the flag is to be flown at half-staff until noon then raised to the top of the staff until sunset, with the full staff after noon to honor the nation’s battle heroes.

Now, we know that the past few days the flag was also flown at half-staff to remember the nearly 100,000 Americans who have died from COVID-19, that was Friday through last night, and I don’t want to minimize that at all, but today is Memorial Day, and we fly the flag at half-staff until noon to remember those who gave their life while in the Armed Forces and from noon until sunset at full-staff.

Fifth, if you missed it and you have the time today, rewatch the National Memorial Day Concert.

6. Give to a Veterans’ Organization

Sixth, consider donating to the Gary Sinise Foundation (this is not a sponsorship; they don’t know who the heck I am).

The foundation has a program called the Snowball Express, which serves the children of those who died while serving.

7. Be Thankful for the Life You Have

And finally, be thankful for your own life.

I know a lot of you out there are really struggling right now and many of you haven’t even received your first stimulus payment, and that sucks, and I don’t want to minimize that, but please remember that you are still in retention of the greatest gift — your life.

So take some time today to remember those who died on the battlefield –whose lives were cut short — and also use this as an opportunity to be grateful for the life and years you have been given.

Have a thoughtful Memorial Day, everybody. 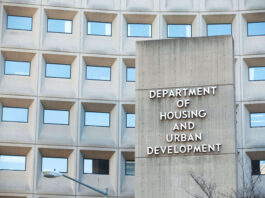 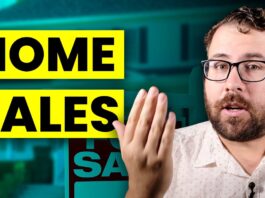 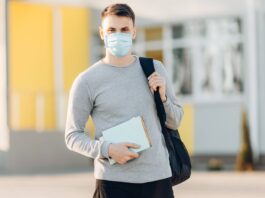