Cuomo Shoots Back at Ol’ Mitch

Cuomo Shoots Back at Ol’ Mitch

Well, I’m seeing in some comments of yesterday’s YouTube video that folks in different scenarios are claiming to have received their stimulus payments, that is great. 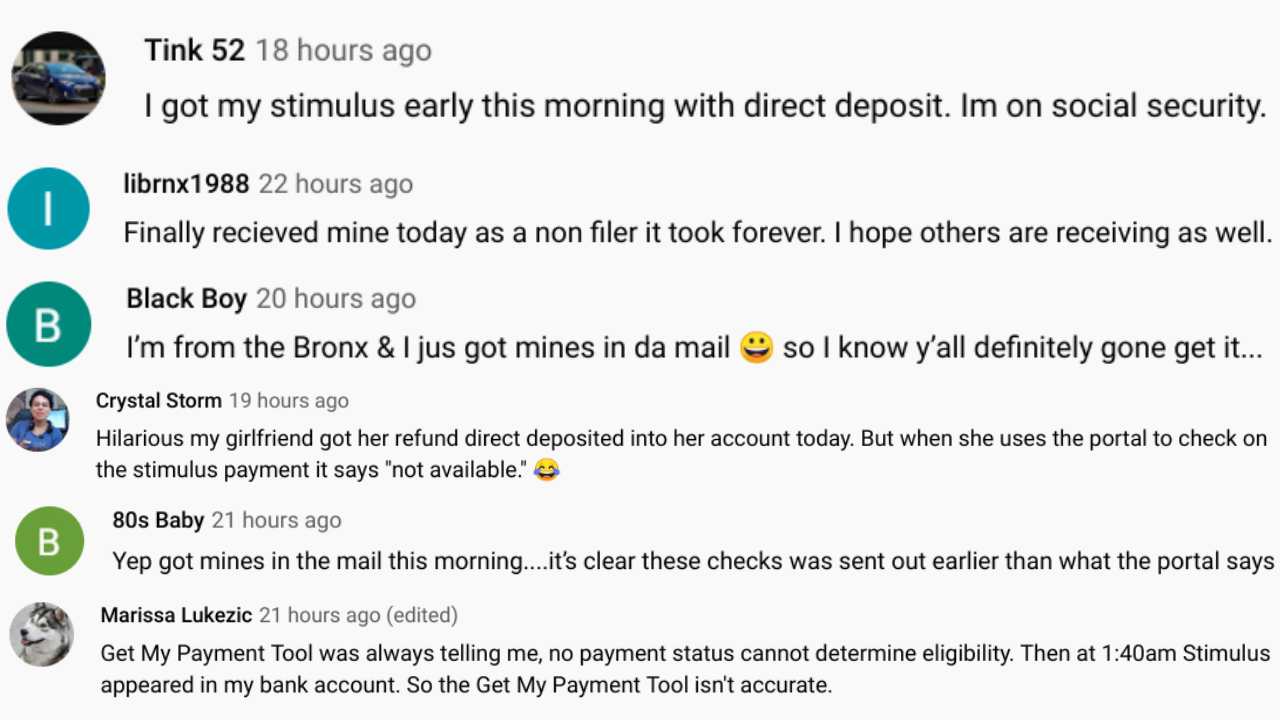 Now if you haven’t heard 4.4 million more people filed for weekly unemployment claims, bring the total number of Americans applying since March to 26 million and the real-time unemployment rate to over 20%.

But who’s surprised?  I’m not.

If you haven’t applied for unemployment yet, definitely do so.

OK so the deadline yesterday for those on Social Security and other federal benefits programs to use the non-filers tool to report their dependent children under the age of 17 to get the $500 for them, apparently a Treasury spokeswoman has come out and said that they had to put that deadline in place or else payments to all Social Security recipients would be delayed to accommodate giving those with dependent children more time.

So if you’re on Social Security and on direct deposit, hopefully this week, but as I’ve told some of you in the comments, I wouldn’t be surprised if for some of you it lags into next week.

In yesterday evening’s video I told you that Mitch McConnell, Senate Majority Leader, would support a bankruptcy route for struggling states.

Well, states have pushed back on his comments, New York Governor Andrew Cuomo, who co-authored the letter that I mentioned yesterday evening, called McConnell’s statements about states going bankrupt “politically repugnant” and “one of the dumb statements of all time” on his brother Chris Cuomo’s CNN show last night.

And of course what do you expect?  Of course the leaders of these states who are hit very hard by the virus and who, let’s face it, even before the virus had a lot of bloat and tax their residents to death to fund it all, of course they don’t want a bankruptcy option to be open to states, they want more federal money.

So the House is voting today on the Paycheck Protection Program and Health Care Enhancement Act that the Senate passed earlier this week, it will likely pass, and Trump may sign it as early as tomorrow.

$320 billion to be injected into the Paycheck Protection Program, $75 billion for hospitals, and $25 billion for coronavirus testing.

And you know Mitch has been loathe to move forward with new stimulus packages, but yesterday Treasury Secretary Mnuchin said we have to, and I quote, “spend what it takes,” and the president said that the United States “had no choice” but to take on massive debt to fight coronavirus.

So we’ll see what becomes of future stimulus packages, but for now we’re talking about the CARES Act, and I am answering your questions.

I’m going to be cutting it off there, now go check out my video from last night.

I talked about bloated states with a lot of excess, unnecessary spending, fat pensions and for some of them, COVID might be the straw that breaks the camel’s back.

Now these states are begging Congress, the feds, for more bailout money, right, should Congress give it to ’em in light of a crisis that none of us could have seen coming?

Or should we figure out a way to let irresponsible states go bankrupt?

Let me know what you think in the comments to that video.