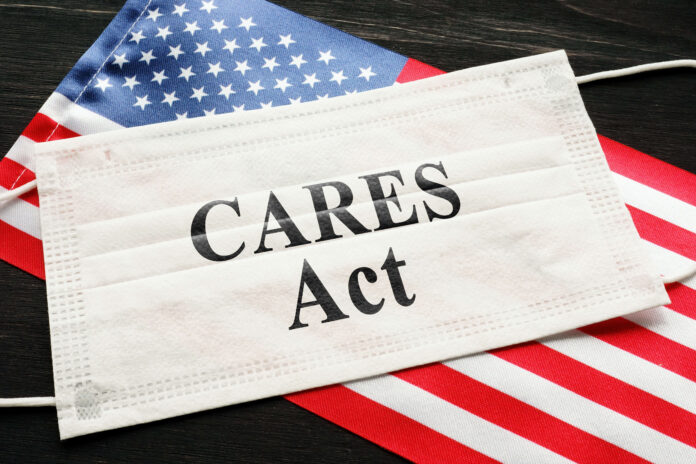 Putting the CARES Act in Perspective

With stimulus checks slated to begin going out this month, the historic Coronavirus Aid, Relief, and Economic Security (CARES) Act is a piece of legislation everyone is interested in learning more about. And with good reason — at $2.1 trillion dollars, it has the largest price tag of any economic relief package in U.S. history.

Considering that just a few months ago, corona was a word many people equated with beer, not disease, and the U.S. economy was going strong — it’s a bill no one could have foreseen. But, with a tight timeline and despite squabbling on both sides of the political fence, this bill was quickly rolled out by American leaders to help citizens and business owners throughout the country.

Let’s take a closer look at this ground-breaking and history-making legislation.

How Was the Dollar Amount Decided?

By factoring in the immediate needs of the American people and the country’s business world, the country’s leaders came up with the $2.1 trillion package after rounds of negotiations. But it’s likely that more is on the way.

The $2.1 trillion amount wasn’t intended to solve all the country’s financial issues — it’s just the first step that was needed to address immediate needs. This amount is enough to help the economy for up to three months if the coronavirus continues to shut down the country as we know it.

How much is this amount when compared to the wealth of the country? It represents about 10 percent of the gross domestic product of the U.S.

The gross domestic product shows the total dollar amount of goods and services provided in the U.S. for a single year.

Policymakers look at that number to gauge the health of the economy and keep an eye on inflation or recession threats.

Could the CARES Act cost less than 2.1 trillion? It’s possible.

The possibility exists because the act includes a lot of money for grants and loans. If people don’t apply for those, the act could cost less.

But it’s not likely based on how quickly applications have been filing in and the immediate discussion for a new package so soon after the first one passed.

But, one thing that will lessen the cost to the country, is that some of the package is earmarked for loans. Some of these loans will be paid back, and some will be forgiven based on the rules of the business loans.

While that doesn’t affect the total of the package offered, it does impact how much of it will be shouldered by the government.

Stimulus packages get everyone excited because they automatically wonder how big their piece of the pie will be. Everyone wants to know how packages like these will affect their bottom lines.

Let’s look at where the benefits will go.

How Will Individuals Benefit?

When looking at benefits, people instantly wonder how much money will be sent to them in the form of the ever-popular stimulus check. These checks can help keep people afloat during tough times, especially if they don’t qualify for some of the other benefits included in the stimulus package.

Here is how individuals may fare when looking at the CARES Act.

If you are laid off and file for unemployment, you’ll receive additional help from this package. You’ll get the regular unemployment benefits you would normally receive if you lost your job or were laid off.

But there are additional safeguards in the CARES Act to protect your finances as well.

The Pandemic Unemployment Assistance is there for people who can’t work due to the coronavirus pandemic. This assistance covers gig workers, independent contractors, the ill, and caregivers.

If you are laid off or let go and qualify to receive unemployment assistance in your state, you’ll get an extra $600 each week on top of your other benefits. The extra $600 kicks in for up to four months if need be, with a cut-off date of July 31 at this point.

There is no waiting period to receive this money. If you face a one-week layoff, you can apply immediately.

How Does This Stack Up Other Government Spending?

The U.S. government is used to making big, costly moves such as stimulus packages and wars. How will the CARES Act compare to other huge expenditures made by the government throughout history?

The CARES Act is the largest package ever approved for economic stimulus. But, to put it into context, the coronavirus is regarded as the biggest health challenge the world has faced in modern times.

Here are some sobering statistics that underscore the plight many Americans are facing.

This package was pushed through by President Barack Obama and was approved by Congress in 2009 as a solution for ending the Great Recession. All three of its categories tallied up to a $787 billion aid package.

The key features of ARRA included:

The Stimulus Checks of 2008

When George W. Bush was president, he also attempted to fight the Great Recession by sending out stimulus money in hopes of spurring spending.

These stimulus checks cost the government $120 billion. Individuals were eligible to get $600 each, with married couples potentially getting $1,200. Parents received $300 for dependent children.

As with the CARES Act, the checks were reduced for people earning more than $75,000 as individuals and more than $150,000 as couples.

The Cost of Wars

Wars have cost the U.S. dearly in its history.

The true cost of the coronavirus pandemic will only be known later. With more stimulus packages sure to be on the way to tide Americans through this crisis, the cost will keep growing.

And with many experts saying the U.S. was woefully prepared for a pandemic, it will likely cost more as the country enacts additional public health measures to be better prepared for the next time we find ourselves in this type of situation.